A prior work by Dr. Hyewon Kang Kim, entitled Contemporary Korean Culture (Peking University Press), was selected as a ‘Phoenix Great Book’. Her objective and thorough analysis has been lauded for enhancing the status of Korean Culture above its previous focus on the Hallyu (Korean Wave) or perceptions of it as a mere imitation of Chinese culture. The book is the English edition of her Korean-language work To have Dim Sum for Jeomsim (Korea University Press), a winner of the 2013 Ministry of Culture, Sports, and Tourism’s list of ‘The year’s Excellent Books’ for its role in addressing important questions such as “What is Culture?” and “How does culture change with society?”

This book Busy Koreans is the English edition of an award-winning Korean book To Have Dim Sum for Jeomsim, which was selected for The Year’s Excellent Books in the social science category by the Ministry of Culture, Sports and Tourism of the Korean Government in 2013.

This book consists of five chapters. The first chapter, entitled The Ever-evolving Nature of Culture, is designed to explain the basic attributes of culture before discussing each cultural aspect in greater detail. The topics that will be discussed here are: how East Asian culture has been affected by Orientalism, how economic development has influenced cultural changes in South Korea and China, what secrets are behind the Korean Wave, why South Korean literature has been so serious, why golf has become a status symbol in South Korea, and a few more.

East Asian’s linguistic habits will be throughly examined in the third chapter. Since I have been doing a research on Korean linguistics as a part of my doctoral thesis, this chapter may be a little bit more scholarly than the others. The topics that will be explained in this chapter are: why South Koreans use Chinese characters less than the Japanese, why South Koreans call their country the nation of the Han, and how Chinese characters and the Korean alphabet have influenced the evolution of the Korean language, and so on.

The rituals and lifestyle of East Asians will be compared in the fourth chapter. Here, festivals, food culture, the lifestyle of sitting on the floor and drinking habits will be discussed. This book also covers the current social issues in South Korea in the last chapter, entitled Understanding Social Issues through Culture. In this chapter, the social issues such as credentialism, lookism, mammonism and regionalism will be explained.

Bibliography
The Source of the Articles
Glossary 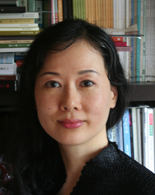